My Journey to the JCI World Debating Final

My Journey to the JCI World Debating Final 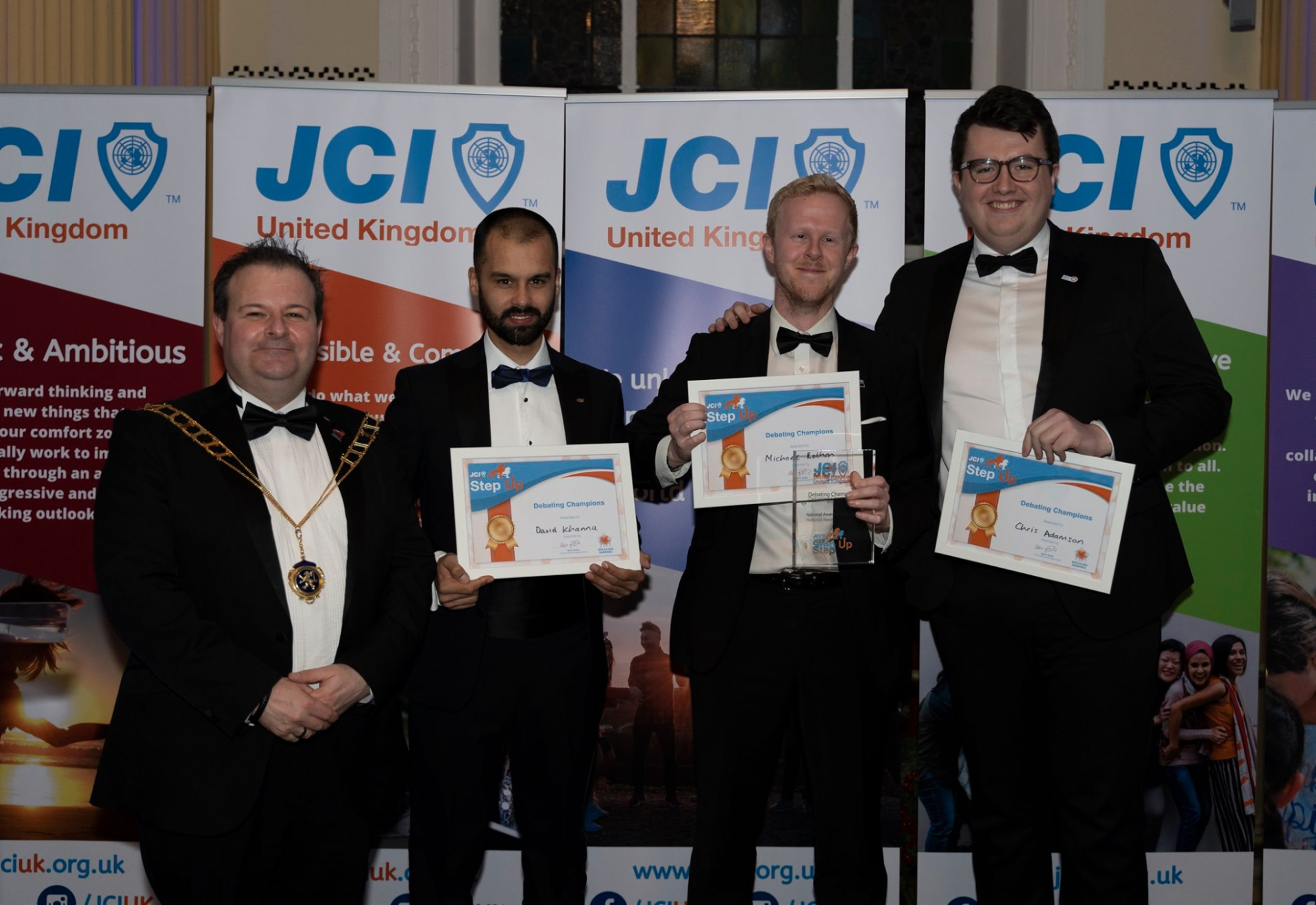 JCI has taken me many different places over my past 2.5 years from Edinburgh, Belfast and Doncaster.  This year I was due to take part in the European Academy in Sweden and had planned to travel to the World Congress in Japan. Obviously, times change and so must the plans I had.

Despite this year not going to plan, I still got to experience the European and World Debating Competiton based on winning the UK national convention debating competition last year.

Let me take you back to Belfast last year, famous for the shipyards that build the Titanic and the host for National Convention 2019. I remember it clearly for a number of reasons:

Without saying yes, I wouldn’t have had so many fun and deeply valuable experiences. I wouldn’t have been debating at the European and World Debating Competiton. Luckily I took the opportunity based on the fantastic positive learning place that JCI offers. I ended up overcoming my nerves thanks to my team and together we won through the rounds and ended up winning the competition. I never thought I would be able to debate, but I did it and did it as part of a winning team.

Based on these successes I attended the Tri-nations Debating Academy and learnt to enhance my skills from a complete beginner to somewhat competent amongst a fun, friendly and welcoming learning community. I also had the chance to join in with the burns night celebrations which is a must-do for anyone and certainly made speaking more challenging the day after. I was pleased to leave the weekend as a more confident debater and identified as one of the most improved.

These are the experiences that have led me to be a European Debator Runner up and Potential World Champion. I will wait and see, either way, the journey I have come is more important for me than the result.

I will be watching world congress to find out how we have done and I would encourage you to watch and take part next year. Remember saying Yes can take you so much further if you embrace the opportunities and make the most of them.

Turns out saying Yes can work out…

So what are you waiting for just give it ago and challenge yourself… You definitely won’t win anything by not stepping out of your comfort zone.