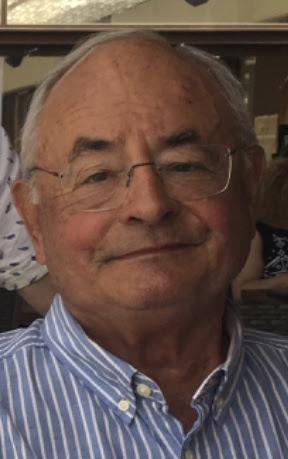 It is with great sadness that I have to inform you that Richard Hope who was our National President in 1972 (when the organisation was called British Junior Chamber (BJC) passed away on Tuesday 21st April 2020 after a short illness.

I never had the opportunity to meet Richard myself and so I asked Julia Lea, 2005 National President to share some of her memories of Richard:

“I was truly saddened and upset when I heard that Richard Hope has passed away last week. I first came into contact with Richard in 2002 when I was the Business Director for British Junior Chamber (as we were then) under the leadership of our National President Joe Dilger.

In support of JCI’s initiative that year, “Entrepreneurs in Action” week in the September, we decided to hold a day of business lectures in conjunction with the National Conference weekend, hosted by JCI Leeds. The Friday was allocated as the day of lectures so we could open it up externally and invite businesses and their key staff of JCI age to attend. As part of my planning for the event, I wrote to all the heads of the Chambers of Commerce across the UK inviting them to attend the lectures and bring someone with them of JCI age.

One of the heads happened to be Richard Hope, then of the East Lancashire Chamber of Commerce. Not only did Richard graciously respond (many didn’t) but he politely noted that he was a senator and past president of BJC and if there was anything he could do to help and support he would. Clearly being a newbie to National Board that year, I had no idea who the past presidents were and was mortified that I might have offended him by not knowing who he was when I wrote to him explaining what BJC was! I immediately called him and apologised for my error. I still remember the call so well as he was so supportive, was flattered we’d approached him, taught me a lesson to know you your audience before you contact them and said he had already earmarked two members of staff.

That was the nature of Richard that I was to continue to learn about as I furthered my JCI UK career, always supportive and if you asked him would seek to connect you with the right person but importantly incredibly good natured. The two people he earmarked did attend and it was a fantastic day, the key note speaker being Simon Weston CBE.

Later that year I became a senator myself and so was able to meet Richard finally in person. I wrote to him again in 2004 (when I was deputy national president) inviting him and all the past national presidents to National Awards hosted my JCI Southampton. Sadly he was unable to attend, but again he wrote back to me offering words of wisdom about being a national president and to contact him if I ever needed to talk about the role. I did take him up on this offer a couple of times and his directness and inspired words were a great support.

Looking back now, I am extremely grateful for what appeared to be a massive faux pas by me in my enthusiasm, to have been able to meet and have the support of Richard. He will be truly missed and my thoughts are with his wife Pam (who I was also honoured to meet) and their family.”

Our thoughts are with his widow Pam at this sad time.