“This is it,” I thought as I sat alongside other excited young graduates waiting to begin our first day of work.

After a particularly challenging five years, I was very much looking forward to getting back on track in life by building a successful career in an industry that many dreamed of breaking into.

When I was 17 years old, I was called to the headmaster’s office. I was a very shy teenager back then who just wanted to fit in and so the long walk to his office flooded my mind with anxiety. It didn’t help when he started by telling me to take the rest of the week off from school. 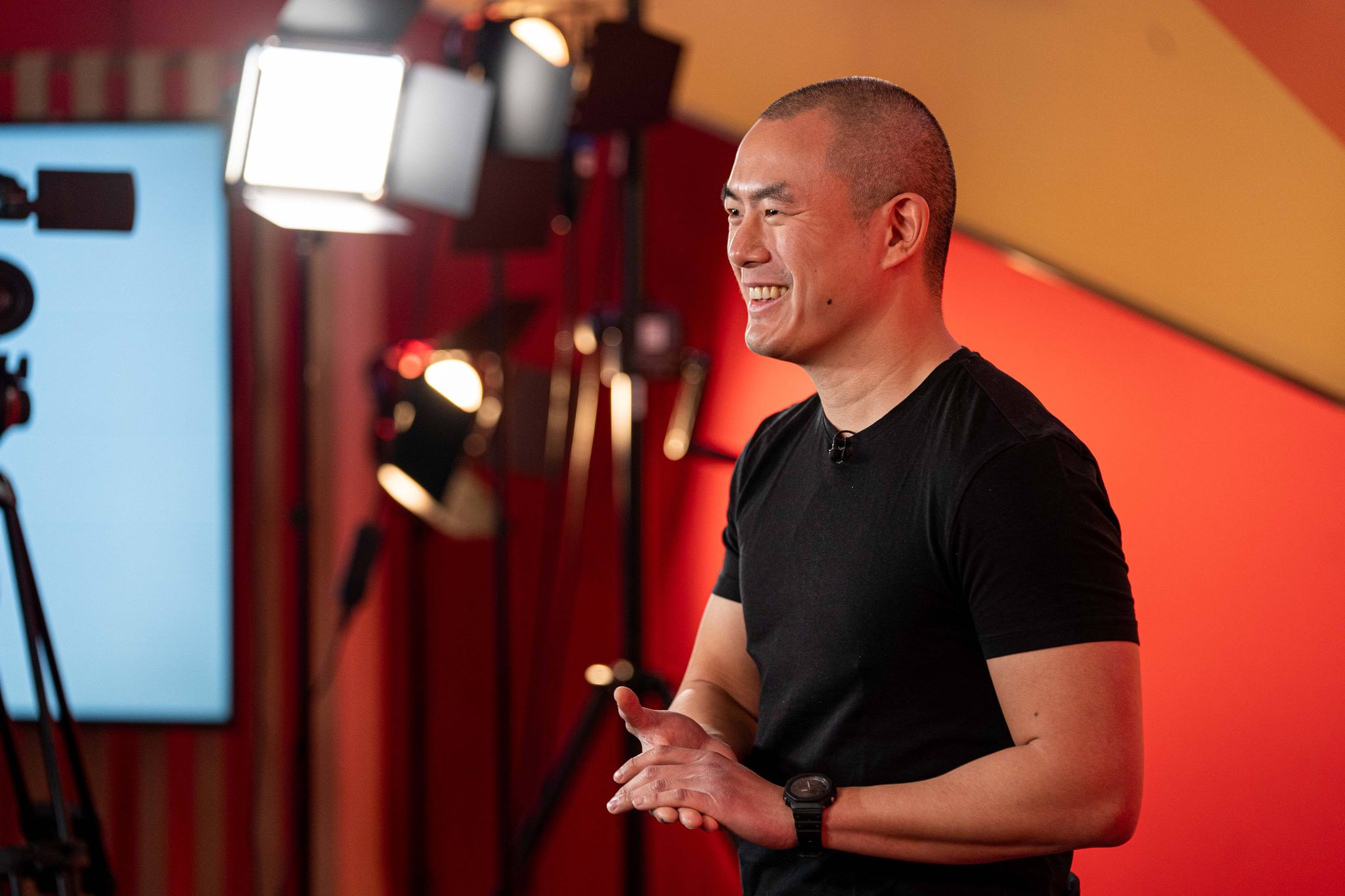 My heart was beating faster and my mind drowning in an avalanche of thought as I waited to hear what crime I had committed. What was so deserving of being taken out of school for a week.

He leaned forward and as soon as he started speaking again, I saw my Dad in the corner of my eye and through the room’s windows being asked to take a seat in the school’s reception area.

I noticed that he wasn’t looking quite like his normal self and it was at this point that I had a strong feeling that what I was about to hear was going to be far worse news than simply being punished for bad behaviour.

As I turned my attention back to the headmaster, his words confirmed my suspicion.

He informed me that my Mum had slipped into a coma following an unfortunate accident and hospital staff were uncertain as to whether she would make it. I remember being sat next to her bed holding her lifeless hands. I was an emotional wreck. I tried to speak to her but the closest I got to any response were the tears of sadness that she wept.

Unfortunately, she didn’t make it.

Just a few months earlier we were celebrating her 49th birthday and now we were mourning her loss.

It was a sudden, unexpected and hard lesson on the fragility of life. This rarest of gifts that we must never take for granted.

Three years later, I was then faced with the uncomfortable scenario of having to tell my family that I had failed my second year of university while studying at the London School of Economics.

Growing up with the pressure of high academic expectations placed on my shoulders, the experience was tough to swallow, and I felt ashamed that I had let people down. I was falling so far short of their hopes for me that they must have wondered what they were doing wrong.

Having to resit a year meant that I would be graduating a year later than the rest of my peers that I had started university life with. More importantly, it made applying for and securing a job upon graduation that much harder.

How was I going to explain those grades?

How could I compete for the few places available against such high achieving competition?

How was I going to stop my future from slipping away?

As the first day of work as a graduate unfolded, I felt grateful to have landed a job with this company – it paid well, it appeared to have a good reputation and it had a gym. That last one tells you a lot about one of my core values.

The ride here was far from easy and I remember how giddy with excitement I was when I received the offer that the first person I called was my Dad. He was incredibly supportive, and I was keen to make him proud. Settling into my new role and getting to know my colleagues, I couldn’t help but imagine how much better the next few years would be: survive the first year, get a good promotion and save enough money to get myself on the property ladder. At least this was the path that I had come to consider as “successful.”

However, this was the summer of 2007 and I would be in for another shock that would change the trajectory of my life.

The industry that I chose to begin my career in was the financial services sector. Not the best decision in hindsight I know, given the devastating impact of the global financial crisis just over a year later in 2008.

And my misery was compounded by the fact that the company I was working with was Lehman Brothers – an American investment bank that filed for bankruptcy on September 15th 2008. They were one of many companies that collapsed as a result of being overexposed to the products that triggered this crisis.

Those grandiose plans that I had for my career were being slowly, tortuously crushed and swept away from under my feet.

It was a scary moment in time for me and the beginning of some highly volatile years in which I felt lost, confused and drained of energy.

Reflecting back, I understand now how that feeling of being lost can sometimes be a good thing. It can be that key which unlocks the path to discovering who you really are and to living a fulfilling life. You arrive at this place where you no longer want what you once thought you did and as a result, you begin to ask yourself better questions in the search of meaningful answers. There is this voice deep in your mind, which whispers: you are capable of more.

Perhaps this is something that you can relate to?

No more blaming, no more excuses.

Rather than continue to wonder when your life might begin, you choose to start living.

This acceptance of responsibility for our life is something that so few of us are willing to do, yet the monumental decision to do so, steers our mind away from questioning “Why me?” to “What is this trying to teach me?” As the writer Brianna Wiest notes, “When you decide you truly do not ever want to feel a certain way again, you set out on a journey of self-awareness, learning and growth that has you radically reinvent who you are.”

It also energises you to start showing up each day instead of blocking and sabotaging your own path towards unleashing your deepest potential. The pain of staying the same was outweighing the pain of change and the awareness that whatever I was not changing, I was choosing, hit me hard.

Change was the only option I had and after taking a long, hard look at myself in the mirror, I sent a prayer out to the universe and decided to get to work.

In 2013, I therefore focused my energy on developing my coaching skills and to deepen my understanding of this industry. I was committed to leaving my corporate life behind and pursuing something more fulfilling. After all, we are often exhausted not because we’re doing too much but because we’re doing too little of the things that make us feel alive, excite us and bring us joy.

Within two years, I had achieved my coaching qualifications and began to get clear on a vision of what I could achieve as a coach. In this statement, I wrote down that I would be coaching leaders from all walks of life, speaking on stages alongside those that inspired me and publishing a book with one of the world’s largest publishing houses. It’s important to note here that when the vision is compelling enough,

productivity becomes easy, and you discover that you are far stronger than you ever imagined.

By 2017, I left the corporate world of full-time employment and was coaching full-time. It was scary. Really scary. There was no certainty of income and zero stability. However, there was hope, desire and a deep reserve of energy to make things happen.

In 2019, I won Life Coach of the Year and became a JCI UK TOYP honouree following an incredible couple of years coaching the likes of TV presenters, C-Suite executives, Michelin-Star chefs and entrepreneurs; speaking at companies such as Salesforces, Microsoft and Virgin; and appearing on the likes of Sky News and BBC.

And today, in 2021, I have just completed writing my debut book with Penguin – the world’s largest publishing house, which is now available for pre-order here. 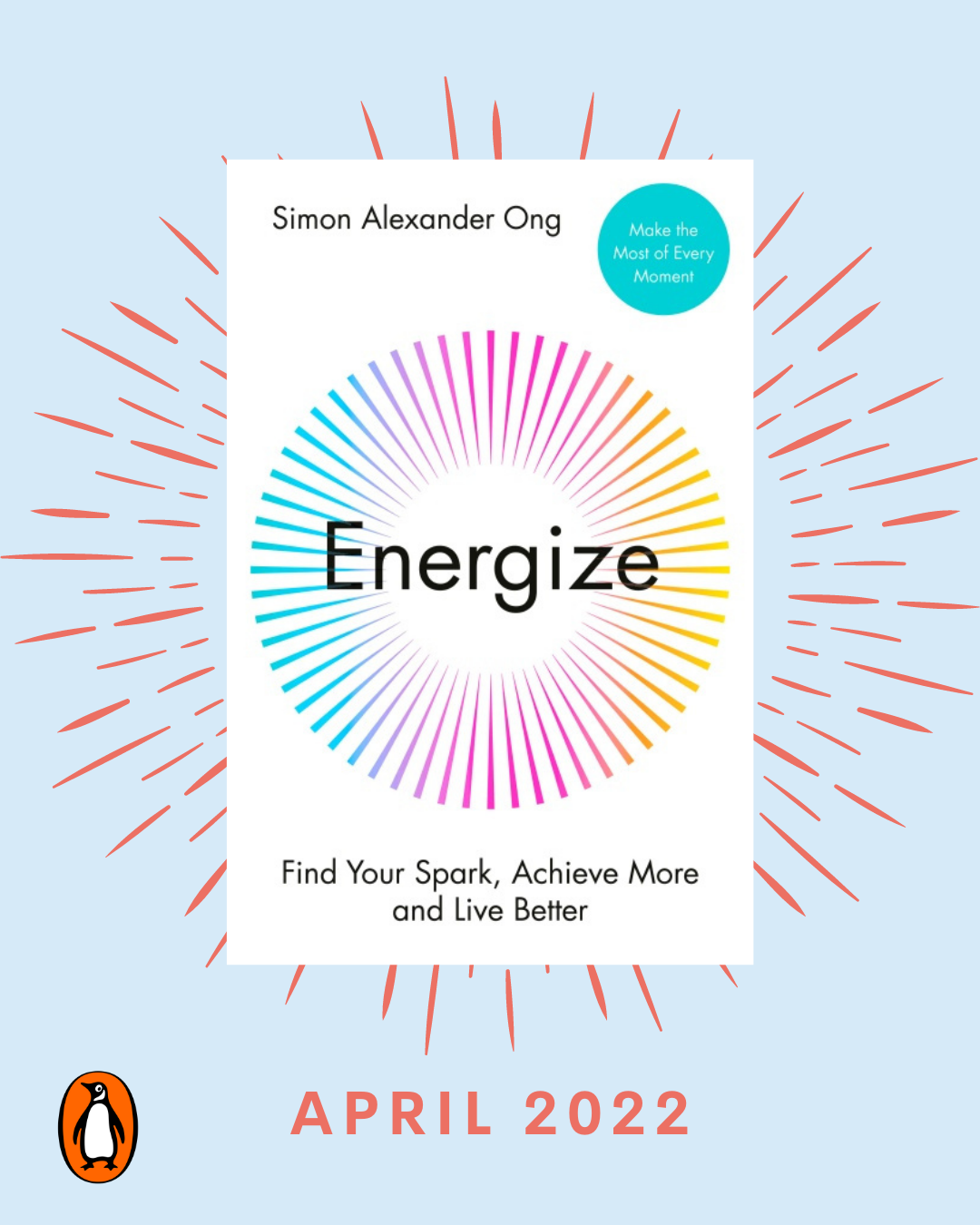 The message I want to share with you is this:

Without an energising vision of what is possible for your life and career, you will end up repeating the cycles of the past. To have a vision is to awaken your power and your soul. We have two lives. And that second one begins the very moment that we fully appreciate and understand that we have only one.